Apartments for Sale in Riyadh

Apartments in Al-Riyadh, What is the Role of the Government? 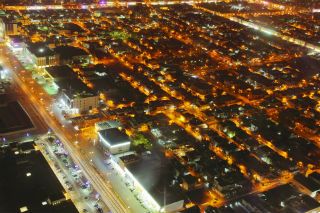 Riyadh allocates lot of funds to build several complexes, which include apartments or villas.

In spite of the fact that most of Al-Riyadh residents prefer renting than buying, the demand on the apartments that are for sale is increasing day after another and because the capital is a big modern city and has lots of big companies in it, most of senior-position employees in those companies -who come from abroad with long-term contracts â€“buy houses to live in for a while, then sell them when they are done or moving out again. Employees of junior positions usually prefer to rent since they can't afford to buy.

On the other hand, more than 90% of the foreigners who live in Al-Riyadh prefer renting apartments than buying them. The law that was recently announced by the Saudi government allowing some expats in Saudi Arabia to own properties in the Kingdom, encouraged some of them to buy their own apartments, but this is the case of less than 15 percent of the apartments in the Kingdom. 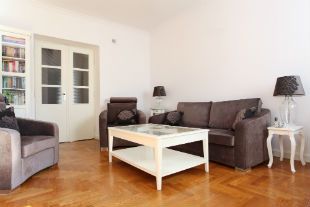 Real estate market in the Saudi capital witnessed a huge increase in the prices recently and this is expected and not surprising in light of the constantly rising prices in Saudi Arabia as a whole. It is also known that prices in the capital â€“ of any country- are higher than other cities. Jeddah, for instance, the second largest city in Saudi Arabia, apartments' prices there range from 250,000 to 700,000 Saudi Riyals in medium and beautiful neighborhoods.

In other housing complexes and neighborhoods prices can reach a million Riyals. Prices vary according to the facilities, services, and the size of the apartments, a 250 square meters apartment costs about half a million. These are the prices that are displayed in the real estate market when building new apartments and complexes. Most apartments in the capital city consist of two to five rooms in general, and of course services differ from one place to another, some of them have extra services like central air conditioning and alarm systems etcâ€¦

Duplexes are common in Saudi Arabia in general and in Riyadh in particular, (An apartment having rooms on two adjoining floors connected by an inner staircase). Duplexes prices start from 800.000 to 1,700,000 Saudi Riyals.

Recently, there is a huge number of finance companies or banks that are willing to support citizens and help them to buy apartments for a specific percentage of the profits, which made it easier for you to buy your dream house and since you will live in it for a long time, you should be careful and mindful when choosing it, to make sure that it meets your requirements, desires and wishes - and preferably- choose a neighborhood that is close to your work place.