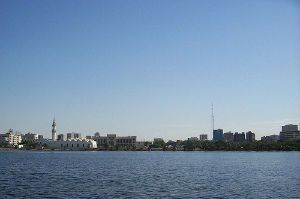 Once you fly above Saudi Arabia, most of what you see is the yellow desert. However, once you get closer to land in King Abdel Aziz international airport located in Jeddah, you could see a place that overlooks the Red sea that is covered with two more colors beside the yellow one; one of which is blue the color of the sea. The other color is green which covers most of the parks and resorts there. This place is Obhour Al Shmaliyah neighborhood.

Colleges and school: Batterjee Medical College, and a school for females

Amusement places: For those who want to have fun, Obhour Al Shamaliyah is a city of fun as it is a destination where people from all walks of life are coming to. There are many places to be visited. 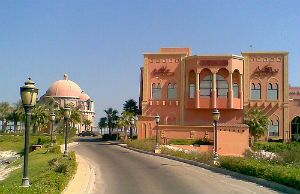 It is known that Obhour Al Shmaliyah is a touristic neighborhood. This makes the land real estate market there prosper especially which is offered for sale. The land prices in the neighborhood depend on its location, area, the services available for, and the purpose of it whether commercial or residential.

Commercial purpose: This who intends to set up a commercial project starting by owning the land firstly then set his project; he should search for land that is close to the populated zones. Moreover, the land area should be suitable for his project. For example, if a piece of land whose area is 2450 square meter, it is appropriate for building a commercial mall.

Residential purpose: This who intends to set up a residential project such as building a block, a villa or even a resort, should search for a piece of land whose area is suitable. Moreover, it should be close to the main roads that ease access to it. There is a piece of land that is appropriate for set up a resort. Its area is 3 Millions square meter and its price is 2,250,000,000 SR.