Obhour Al Shamaliyah is considered one of Jeddahâ€™s most elegant neighborhoods. It overlooks the Red Sea directly. Many people want to own a villa or even rent one in Obhour Alshamliya because of its location. It is Located in the north of Jeddah. It is bounded to the north by Al Ferdaws, Al Sheraa and Al Amwaj neighborhoods, to the south by Obhour bay that separates it from Obhour Aljanobiyah neighborhood. It is bounded to the east by Al Asala neighborhood and to the west by the Red Sea. Moving to roads that pass by the neighborhood, Al Madina Al Monawara Road passes by its east. Obhour Al Faraee road which is known as Prince Abdullah bin Faisal Street passes by its west. This road also passes through the southern side of the neighborhood.

For those who want to have fun, Obhour Al Shamaliyah is a city of fun as it is a destination where people from all walks of life are coming to. There are many places to be visited such as: 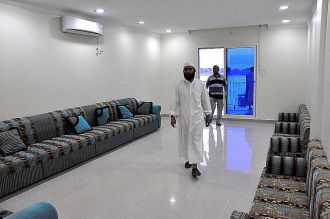 Obhour Al Shamaliyah is a recent neighborhood that is expected to have a promising future. Thus, its residential real estate is flourishing rapidly. This is because the neighborhood has a strategic touristic location. Hence, the market of villas prospers more than the others. This is a result of the elite like to spend their weekend or holidays there.

The cheapest villa: If a villa there whose area is 200 square meters and contains of 3 bedrooms and 4 baths, its price for sale would be about 525,000 SR.