Commercial Buildings for Sale in Jeddah 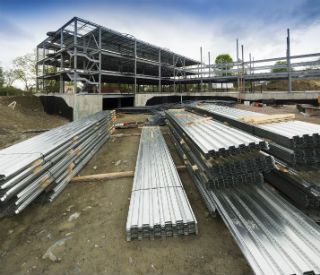 The local government expanded in introducing a lot of new commercial schemes in Jeddah to encourage ownership. In previous years, businesses witnessed delays in increasing trade and economic growth in the region. Jeddah city is influential in the Mecca region; therefore solutions have to be found to meet the deficit of commercial real estate, asthe indicators of the real estate market in general has witnessed a remarkable halt for a certain period, but has been revived in the past two year. As for the commercial real estate prices, it has never witnessed decline in prices. On the contrary, it increases day by day. That makes it hard for those who want to invest in a commercial shop or a commercial office.Therefore the prices of commercial real estate must be reconsidered because the common citizen cannot start his career at a very high price. No doubt that will bring loses to the city in general, if prices continue to rise.

Most of the people who seek to buy commercial properties in Jeddah are either from the people of Jeddah or residents who have lived in Jeddah for a long time. This indicates that Jeddah is a city which is loved by its own people and residents. It must be noted that the infrastructure in Jeddah is being recreated as a whole as well as the restructuring of the streets and the construction of several bridges to facilitate traffic flow and reduce traffic jams. This should positively impact on the city, on its 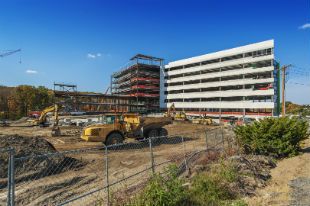 properties and on the trade. The interests of investors in the commercial sector vary; for example, some investors construct a building then sell it as one property. Other investors construct a building and prefer to divide it into offices and shops to sell individually. Others like to divide the building and rent to benefit from the monthly income.Real estate has become more organized after determining construction standards in commercial streets by the Municipality of Jeddah. For example some streets are now considered commercial with a special design; these are: Abd Al- Rahman Altobaishi , Al Baridi streed, Al Fitaihi street, and Abd Al Majeed Shobokshi street in Al-Andalus neighborhood.Any construction in these streets must be approved by the major projects committee. Real estate building for office, administrative and government uses are only allowed.

Certain by-laws that consider main streets as commercial streets were enforced. That includes issues such determining that the width of the street should not be less than 32 meters and extending up to at least 5 kilometers; and length of 2 kilometers in some cases. There are also laws specifying locations of commercial real estates.Even the construction system has been fixed. In some streets like the Municipality Street, the height of structures was also determined; some with limits and some without limit.

What was done by the secretariat of Jeddah is aiming at organizing the commercial or residential buildings along the streets that are classified as commercial; and because the commercial real estate are popular in the main streets and are increasingly in demand from investors and from the owners of the trades and professions in some industrial areas.