Commercial Buildings for Sale in Riyadh

As Prices continue to increase, How is the Market holding up? 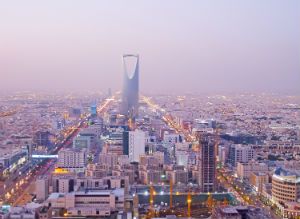 "Riyadh" - the capital of the Kingdom and the beating pulse is now witnessing increase in property prices, caused by the low performance and stumbling activity of the real estate market at the end of 2013. Riyadh and all its branches and divisions were negatively affected in the past year. Therefore the real estate sector could not come out of its modest performance, which lasted more than three years. However, the most important characteristic of the last year is the great reluctance in sales; as it witnessed the lowest levels in sales, due to the persistence of high prices.

Despite the fact that the local government expanded the permission for new schemes to move the ownership process, the general state of the market has seen a slowdown, if not a halt in further growth; in a country that needs great and accelerated strides to meet the shortage of housing, which is a major problem. Indicators of the real estate market show that there is a recess wrapping its sectors in general, regardless of some of the movements of individuals or small contracts which take place from time to time. That is a very minor mobility in a large sector which works with billions of riyals, and is supposed to be performing many times more than its present capacity.

Commercial Properties in Riyadh and the Various Opportunities 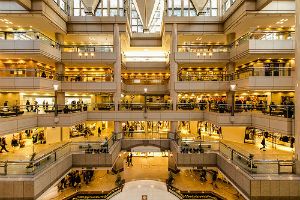 The investment in the real estate market was most popular during the past periods, especially after the setback the stock market in 2008, with increased its popularity and rank as one of the safest investments. However, property sector is considered to be going through recession, despite its adherence to its value. Yet the coming days may come about big surprises, as it is hard to keep it the way it is now. This raises fears of some investors from the hesitant market.

The real estate market in Saudi Arabia in general and in Riyadh in particular has never witnessed decline since its start. It has always been steadily increasing, as a result of the increased growth. Also because KSA is a young state which needs more real estate investments on an ongoing basis, to meet the growing demand for housing, which makes housing a major issue that the government is keen to resolve it, and where the Saudi citizen considers providing housing is at the top of his priorities .

There are several reasons for the increased demand on the real estate market by businessmen. Some of the most important reasons are: the increase in population, the economic boom in the region, the increase of the area of ​​land in the cities, as well as the people’s growing need for property, and the development of methods of real estate management. That elevated confidence in commercial Real Estate for rent.

Therefore, businessmen must aim at investing in this important sector, which did not take its full potential yet because of the conflict between the government and the private sectors. It is better to solve these issues in order for the real estate business to flourish. Commercial real estate includes retail shops, commercial centers, office buildings, theaters and others.